If you or a loved one suffered from internal injuries caused by Bard IVC filter complications such as strut fracture, perforation, migration or another defect, you may be entitled to damages. We provide free no-obligation Bard IVC filter lawsuit case review. We do not charge attorney fees unless you receive compensation and you are under no obligation after your initial consultation.
1-877-ONDER-LAW
TOLL-FREE HELPLINE
IVC Lawsuit News

The FDA released its first Bard IVC filter warning in 2010, when federal regulators began to detect a pattern in the adverse event reports filed through the agency. However, Bard began receiving complaints about IVC filter injuries in early 2004. Bard knew of the risk, yet failed to notify the FDA, doctors, or the public. Instead, the company hired a Dr. John Lehmann, who produced a report intended to show that the new retrievable filters were safer than earlier versions. Meanwhile, patients continued to be implanted with the device – and to suffer serious IVC filter problems as a result.

The first FDA Bard IVC Filter Warning was issued in 2010, when federal regulators first notified medical professionals and the public of the serious IVC filter injuries:

“The FDA has received reports of adverse events and product problems associated with IVC filters. Types of reports include device migration, filter fracture, embolization (movement of the entire filter or fracture fragments to the heart or lungs), perforation of the IVC, and difficulty removing the device.”

At that time, the FDA reported it had received 921 adverse event reports for injuries or death related to Bard IVC filters between 2005 and 2010. (Adverse event reports are believed to represent a small fraction of actual events.) Of these, 328 were device migration or movement from its intended site; 146 reported embolization or device detachment; 70 were perforation of the inferior vena cava by the device; and 56 reported filter fracture or breakage of the metal device.

The following health problems have been cited by the FDA as resulting from Bard IVC filters:

The FDA warning stated regulators believed many of the injuries occurred as a result of IVC filters that had remained in place longer than intended. Federal regulators specified that the devices were only to be left in place for a short time and could not be used as a long-term or permanent solution to prevent pulmonary embolism.

On May 6, 2014, an updated FDA IVC filter warning was released. Federal regulators continued to warn of the risk of retrievable IVC filters, giving more detailed information about the length of time a filter should remain implanted:

The FDA is concerned that these retrievable IVC filters, intended for short-term placement, are not always removed once a patient’s risk for PE subsides. Known long term risks associated with IVC filters include but are not limited to lower limb deep vein thrombosis (DVT), filter fracture, filter migration, filter embolization and IVC perforation. 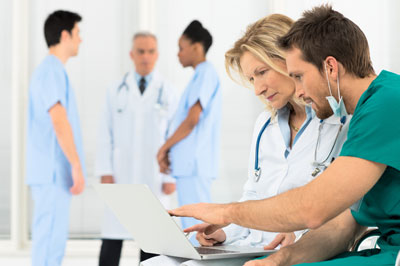 Should Bard IVC Filters Have Had Fast Track Approval?

Bard’s retrievable IVC filters were first approved in the U.S. in 2002 using a fast track approval process known as 510k. 510k has been widely criticized as a loophole that allows well-established pharmaceutical companies to push new products quickly to approval without lengthy clinical trial periods or safety testing. Bard IVC filters were classified as Class II medical devices, which are deemed low risk. Numerous experts since have questioned the wisdom or safety of approving IVC filters through fast track, given the high incidence of embolisms and other health problems caused by the device.

Through the fast track process, Bard IVC filters became the first retrievable devices available in the United States in 2002. Bard’s market share of this product rose significantly; from 12% in 2002 to 42% in 2012.

On July 13, 2015, Bard received a warning letter from the FDA which referred to violations originating from 2014 that were ignored or inadequately addressed by company officials. These violations included:

Bard was threatened with regulatory action if the company filed to respond within 15 days with a plan to correct each violation.

Our attorneys handling Bard IVC filter lawsuits on behalf of persons and the families of persons who suffered from IVC filter injuries such as cardiac tamponade, perforation of organs, outflow blockage, deep vein thrombosis, heart failure or death are medical device liability litigation experts. They will work tirelessly on your behalf to assure you get the compensation you deserve. If you or a loved one suffered from any Bard IVC filter side effects, an experienced attorney can help by answering your questions and giving you a sense of your legal options.

Persons and the family members of persons who suffered from serious Bard IVC filter problems may have grounds for an IVC filter lawsuit. Existing claims blame the manufacturer for injuries on the basis of defective design, negligence, and failure to warn. We provide legal representation for Bard IVC filter injury lawsuits on contingency basis, meaning that we charge no fee unless we win compensation on your behalf.